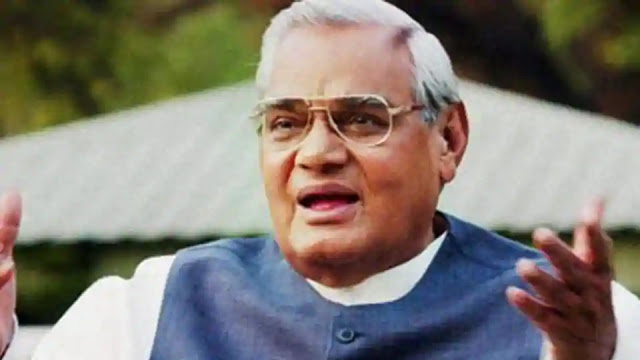 There are two types of the politician in India, One who contest election to win and second who contest country for the election. The second type is not a politician but a leader. Vajpayee ji was a true leader and this is not an opinion this is a fact. Today’s generation won’t understand who he was, but we can see the impact of the work he did, even today.

He was the Prime minister of India 3 times. His Birthday is celebrated as Good Governance day in India. Golden Quadrilateral Highway project to connect 4 metro states of India is one of his govt greatest achievements, this is the world 5th largest highway project. Also in Education, it was his dream that every child in India gets educated for free and that was the base of Sarva Shiksha Abhiyaan. The program was launched in India in 2001 and as result, the number of school dropouts reduced by 60%. He always said that “Our Policies And Programs Are Only As Good As their Implementation”. An Earthquake, 2 cyclones, the Kargil war, and the Parliament attack are the challenges in Atal Ji’s time but in spite of all these challenges GDP growth is increasing  On 56th Independence Day he said “The Country IS Ready To Fly High In Field Of Science” He announced an ISRO project by the name of Chandrayan.

In spite of the Vajpayee Govt over performance from 1999-2004, he did not win the 2004 elections. Maybe we don’t deserve leaders who do good work

“Politics Will Keep Happening, Govt will Come And Go Coalitions and parties will get formed and will break off BUT THE COUNTRY SHOULD BE SURVIVE”