This is a story of a lady of a resident of Delhi who is selling Rajma Chawal on a Scotty for the last 20 years and also feeding to the people who have no money.

While giving free food to the children she also provides free tuitions to them in her free time. She also used to distribute school dresses, books, and shoes to the poor children free of cost whenever required. 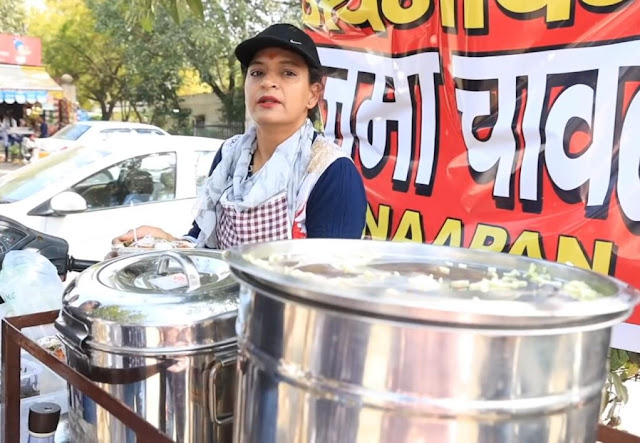 According to the information received, Sarita Kashyap used to work earlier in an automobile company. But from the last few years, she left her job, being single mother Sarita sets a stall of Rajma Chawal on Scotty.

She is also having a daughter who studies in college.

Where did the idea for this work came from 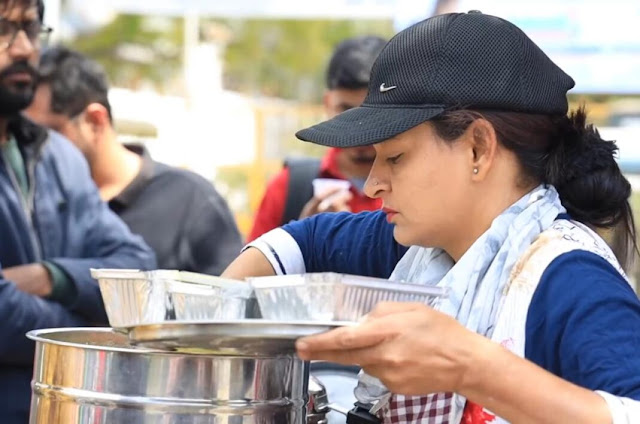 Sarita tells that to start this work, one day she put Rajma- Rice cooker on Scotty and reached to sell Piragadhi. In the beginning, she thought that if someone buys or not, but later she thought of at least to give a try if she will succeed in her idea then that is okay, otherwise, she will come back home. But on the very first day, Sarita got a very good result. People ate by choice, gave money, and got it packed. Her work started from there. She stalls under a tree near the Metro station in Piragarhi selling Rajma-rice.

Then Sarita noticed that many people are forced to stay hungry due to a lack of money. She decided to feed such people for free.

IAS Avanish shared a picture saying, “Yeh Hai Paschim Vihar Delhi’s Sarita, sells ‘Rajma Rice’ on her Scotty for the last 20 years. Even if no one has money, she does not let anyone go hungry. She also teaches children in their free time. “

The lesson to Learn from her Story

Sarita provides food to those who do not have money. Sarita says, “Eat, give money when you have it.” Along with teaching poor children, she also feeds Rajma-rice.

She says, “money is not everything, the pleasure of feeding hungry people is not in any other work.” And this is true that the happiness and peace experienced in feeding a hungry person will hardly be in any other work, that is what humanity and the people like Sarita Kashyap are the reason humanity is still alive.

A big salute to Sarita Kashyap for her selfless work, …. God bless her and her daughter….!!

You can see the work done by Sarita Kashyap in the video given.

The couple is teaching 30 village children for just 10 rupees