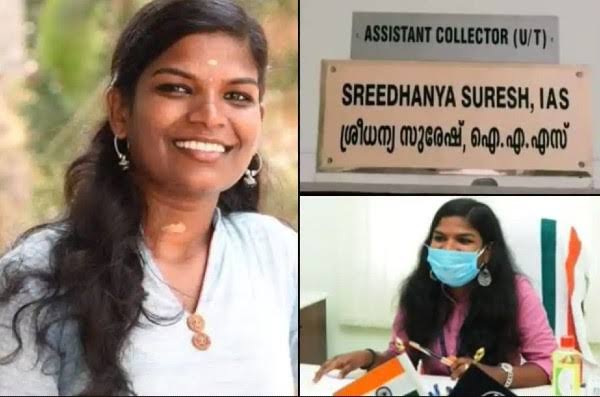 This is proven in the case of Sreedhanya, a 28 years old woman from the Kurichiya tribe.

Honoured to share the story of Shreedhanya from a very poor background, beating all the odds and coming out with great success.

Sreedhanya, belonging to Wayanad, Kerala, is the first tribal woman from Kerala who has not only cleared the UPSC exam but also secured the 410th rank in her third attempt in the year 2019.

Sreedhanya Suresh, daughter of daily wage labourers Suresh and Kamala, sells bows and arrows in a local market. Since childhood, She never had access to the basic amenities or a proper house. A dripping roof and even clothes rallied instead of walls in the house do not restrain Sreedhanya from her being a good student during her schooldays. Sreedhanya and her three siblings were taken care of by her parents who mainly depended on the MNREGA scheme to make ends meet and lived in an unfinished house.

Despite all the difficulties and poverty, education remained a priority for her and this proved fruitful for the whole poor family. Sreedhanya had moved to Kozhikode to pursue her graduation in Zoology from St Joseph’s College, and then she did post-graduation from Calicut University.

After her studies, she started working as a clerk at Kerala’s Scheduled Tribes Development Department. And after that, she worked as a warden at an Adivasi hostel in Wayanad, where she got a chance to speak with Wayanad Collector Sreeram Samashiva Rao who pushed her to write the civil service exam. So she moved to Thiruvananthapuram for civil services coaching.

Sreedhanya was later selected for a face-to-face interview, which meant she had to travel to Delhi which wasn’t financially possible for her family but with the help of her great friends, who pooled in Rs. 40,000, so she could attend the interview.

Sreedhanya now wishes to inspire members of her tribal community too to aspire to become civil servants. In an interview, She said that

” She is from the most backward district in the state. There are no tribal IAS officers from there even though there is a considerably large tribal population. The number of candidates appearing for the civil service exam from Wayanad in general and tribal communities in the district, in particular, is very low. So she hopes this would urge more people to come forward.”

Sreedhanya’s hard work & commitments have made her dream come true. We congratulate Sreedhanya and her family and wish her great triumph in her chosen career.