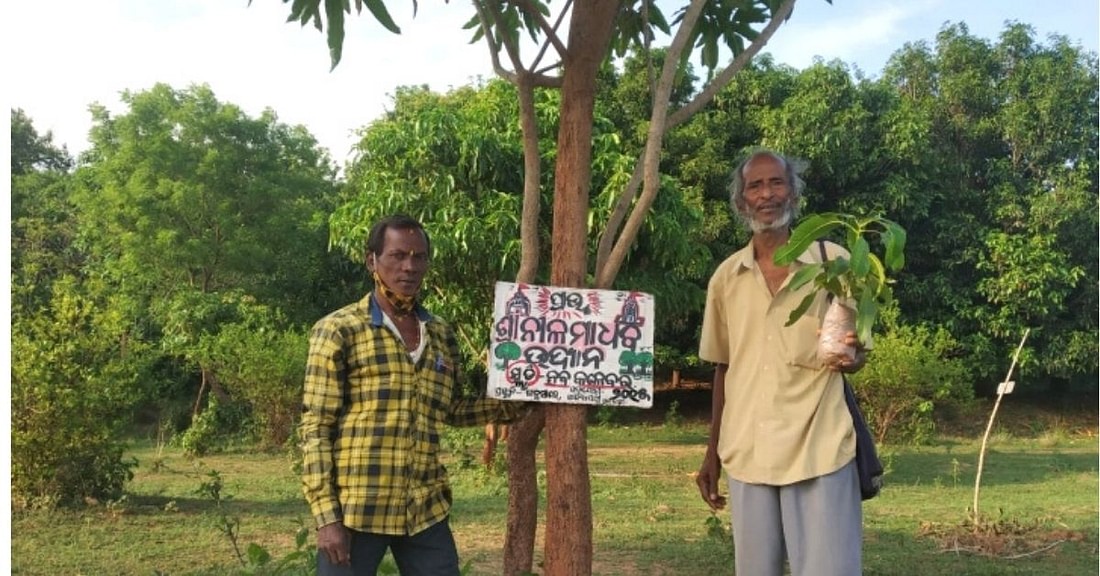 Honoured to share the story of an extraordinary man  Mr. Antaryami Sahoo from Odisha, a 75-Year-Old man known as ‘Tree Teacher’ after planting 30,000 Trees whose goal is to protect the environment and wildlife by planting thousands of trees in public areas, alongside creating awareness through handmade posters.

Antaryami Sahoo was only  11 years old when he planted his first plant..it was a banyan sapling on his school premises, as an individual effort out of his love for trees and the environment.

Since then, every year, he has planted many trees in public spaces around his village. His love for trees heightened with age, and later when he joined as a teacher in Siletpada UP school, he started motivating students there to follow the same.

During his tenure as a teacher, Antaryami planted thousands of trees in school backyards, public spaces around villages, and the roadside. he also spread awareness about wildlife preservation among the village residents. His tremendous work over the years has earned him the name Gachha sir, which means ‘tree’ in Odiya.

Antaryami is now 75 years old but works with the same spirit and passion. He always tried to plant saplings such as sal, teak, banyan, mango, Indian beal, fig, and other native species. He continues to plant trees even today and has planted over 30,000 trees now, which have been detailed area-wise.
But as Antaryami worked more for the cause, he realised that increasing greenery alone would not solve the state of the environment. Planting trees can only solve the environmental crisis. But protecting biodiversity and wildlife is equally important.

With no means like social media to create awareness among people, he started making handmade posters with drawings of animals and trees to emphasise the significance of saving them.
He made posters of around 40 local species such as honey bees, owls, deer, ladybugs, and birds. Further, he explained that  No life can exist without honey bees. Also, people hold parrots captive for trade, so he ran a campaign ‘Not To Be Caged’. he was so determined and thoughtful about his mission, he planted trees such as date, palm, and others that serve as a safe habitat for birds and insects.

Now recently he joined Facebook and shared his posters and receive appreciation too. His posters are being liked on Facebook. He is learning to be more active on this platform.

The couple is teaching 30 village children for just 10 rupees

7 Best tips for achieving anything you want in life.